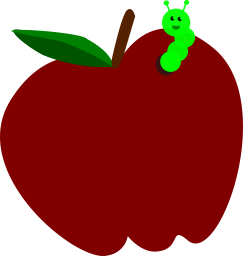 Sometimes it can be really hard to have a conversation with my Aspie son. He overthinks everything and makes things complicated.

For example you can’t ask him, say, “Do you think it’s good that that apple on the table rots?”

A “normal” (ie. neurotypical) person might reply something along the lines of: “No. Because then that would be like throwing away the money you spent buying that apple.”

Or: “No. Because then I’ll have a mess on the plate that I’d have to clean up.”

Or even: “No. Because it would stink.”

But with my son you will get an answer like: “Depends. It’s good for the apple because that way it spreads its seeds on the ground and thus it can reproduce itself.

“And it’s good for the tree the apple came from because this way it gets new baby apple trees which I assume it wants because all species want to reproduce themselves and thus perpetuate the species.

“And it’s good for birds because then they get to eat the seeds and birds like eating seeds.”

Now, at this point, do you still remember what we were talking about or what question I originally asked my son or why I asked him that? Because I sure don’t!

I’m an aspie mommy or as they say, a woman on the spectrum mother of 2 boys who also have special conditions that make life a challenge for the 3 of us, in a way in which it is not for people considered “normal”. Follow us on our adventures and eccentricities as we live our day to day.